Enter your City name or Pincode

Balod in Chhattisgarh is located on the banks of River Tandula in the state of Chhattisgarh. It is about 44 kms from Dhamtari, and about 58 kms from Durg. This is one of the beautiful spots, which is famous for various religious attractions such as Siyadevi and Ganga Maiya temples, and so on. One can have good time at backwater located very close to these temples. 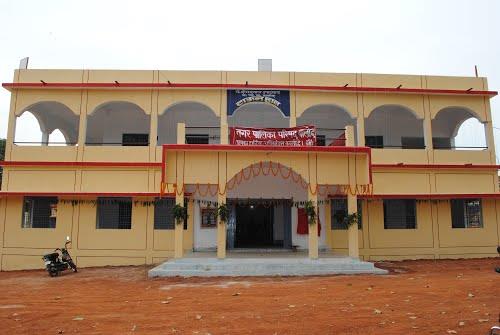 Balod is situated at the latitude of 20°.73' towards North and 81°.2' longitude towards the East. This city lies with an average altitude of about 324 meters above the sea level.  32.14 percent of its land is infested with forests. While, the agricultural area is about 1,88,924 Hectare.  Main rivers that flow through this city include Tandula, as well as Sukha, the Kharkhara and Gondli.

Transportation in Balod is not at all a problem, as one can get regular trains from major towns and cities. Though there is good bus connectivity to Balod, you can choose the tehsils of ‘Durg’ and ‘Bhilai’, where you will be able to find regular buses. These are approximately 51 and 54 kilometers respectively. However, there are no regular flights to Balod, and the closest airport seems to be the Raipur Airport, which is 73 kilometres away from Balod.

There are actually two Dams located very close to the Tandula and Aadmabaad, which are constructed over the notified rivers called ‘Sukha and Tandula. Actually, there are various religious temples that are situated very close to this town. Amongst which, the Ganga Maiyya temple and Siyadevi temple holds the great religious value for the townsfolk. The closest tourism destination to the city of Balod is ‘Dhamtari’ (backwater/river), and other close destinations are the Rajnandgaon, Durg and Bhilai.

Many shops such as garment stores, jewellery and footwear shops, electronics shops, as well as furniture shops, and general stores that includes stationery and grocery shops, are located in Balod. One can find customized dresses of Chattisgarh, that gives you a great look. While, you can also purchase fashionable jeweleries that makes you look gorgeous. Similarly, tourists can purchase footwear that matches their attire. Besides these, there are several shops located in this city of Balod, that assists tourists to get all that they wish to have.

There are many hospitals and small clinics located in the Balod town. Hence, tourists will face no health issues in case of any emergencies. No matter, whether you are suffering from common illness like cold or cough, fever or toothache. You can get immediate treatment in the small general healthcare clinics. However, for any kind of major diseases, bone cracking, etc, you can move to the nearest hospitals. In these hospitals, you can get treatment with all the latest equipments. Even, some of the hospitals provide medical facilities like laboratories, blood banks, medical shops, and so on.

Food in Balod is found to be quite tasteful, which includes all the dishes of the entire Chhattisgarh State. One can order varied kinds of Chhattisgarhi food, as well as other north and south indian food. Also, you will be able to have food of different other regions of India

In Balod, you can get all utilities and services such as electrical services, fire brigade, municipality and drainage services, and others. One can even call police stations in case of any critical situations, post offices and courier services to send and receive applications, as well as transfer goods from one place to another. Apart from these, you can find packers and movers to shift all your household items to related destination.

Are you a Business Owner?

Add the products or services you offer